Responsing to the Call

In the same period of time, calls initiated by officers have decrease by 18.8 percent.  When officers respond to more public initiated calls, they have less time to be proactive.

Not All Calls Receive Police Action

By policy, some calls do not receive a response. For example, a vehicle accident that has no injuries and is not impeding traffic. Some calls are referred to other city departments. Callers may indicate a situation has been resolved or hang up without completing the call.

Daily Calls For Service Without Response 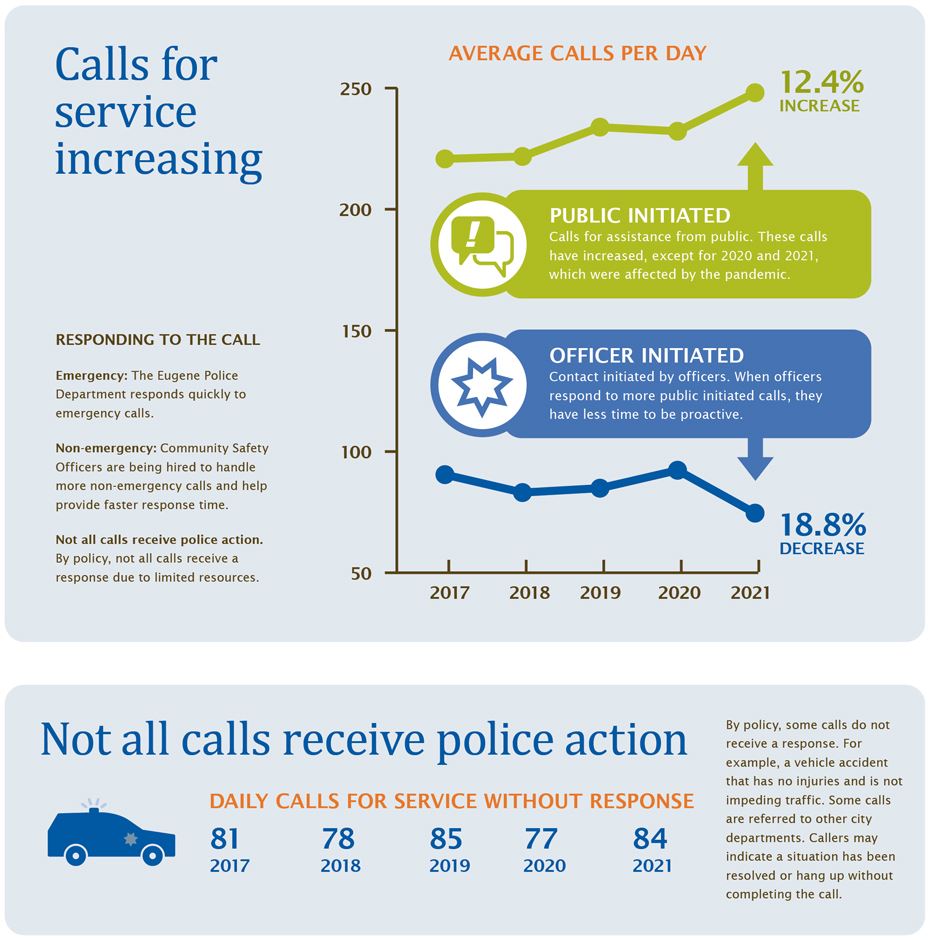